The path Omaha officials took to hire the city’s leading legal adviser is under investigation.

In February, Omaha’s Personnel Board voted to investigate the promotional process that led to the hiring of Omaha City Attorney Matt Kuhse.

The investigation came at the request of Deputy City Attorney Michelle Peters who, in a written complaint obtained by The World-Herald, alleges that the hiring process violated city policies.

In her complaint, Peters described a series of events that began when former City Attorney Paul Kratz announced his retirement in November 2020.

Soon after the announcement, Kuhse was appointed by Omaha Mayor Jean Stothert as interim city attorney, a role he would fill until the new city attorney was named following an extensive hiring process.

Kuhse was appointed city prosecutor by Kratz in 2016, and had previously served as deputy Douglas County attorney for 15 years.

Tim Thalken, chairman of the city’s Personnel Board, said Friday that the investigation into Peters’ complaint is ongoing.

Peters couldn’t be reached by phone Friday and did not return a reporter’s message.

Peters, one of 11 eventual applicants for the permanent position, said in her complaint that Kuhse was appointed interim city attorney at the request of Kratz so that a hiring advantage wouldn’t be given to Peters or to fellow Deputy Attorney Bernard in den Bosch. Both had expressed an interest in the permanent position.

At the time, Kuhse wasn’t considered to be in the running for the permanent role, so the job experience gained by serving as interim city attorney wouldn’t have contributed to an application.

Peters submitted an application for the job soon after the position was posted in January 2021. She made it through the first of four steps in the application process before the hiring process was postponed about a month after it started.

Deb Sander, the city’s human resources director, said Friday that the postponement was in part because the HR department and Stothert had hoped for more applicants.

The hiring process was also postponed until the results of the 2021 mayoral race were finalized.

“If there was a mayoral change, there’s a six months probationary period where a new mayor could come in and say ‘I don’t want this person, I want someone different,’” Sander said.

Peters mentioned Stothert’s hope for a larger pool of applicants in her complaint, but speculated that Kuhse’s decision not to apply in the first round of applications was also a factor in the postponement.

When the hiring process eventually reopened in summer 2021, Kuhse applied for the position.

It’s unclear when or why Kuhse decided to throw his name into the hat after initially deciding not to apply.

Kuhse did not return messages from The World-Herald on Friday.

Carrie Murphy, a spokesperson with the Mayor’s Office, referred questions to Sander.

Peters alleges that Kuhse’s appointment as interim city attorney violated a section of Omaha’s municipal code that states a provisional appointee must meet the minimum requirements of the position. She also wrote that Kuhse’s time as interim gave the former city prosecutor an unfair advantage in the application process.

Peters wrote that the provisional appointment process also has “a disproportionate effect on (the) hiring of women and minorities.”

A provisional appointment occurs when there is a vacancy in a city department with no eligibility list to fill the open position. It’s typical for a hiring director to appoint someone to the duties and responsibilities of the job until the position can be permanently filled, Sander said.

The interview panel is the second-to-last step in the hiring process. The panel provides recommendations to the mayor, who then conducts a one-on-one interview and ultimately selects a candidate for the position.

In her complaint, Peters states that Kuhse’s role in potentially shaping the interview process is a violation of the municipal code, which states: “Every precaution shall be exercised by all persons participating in the development and administration of examinations to maintain the highest integrity of the selection process.”

Sander said that she feels the hiring process was completed fairly and that Kuhse’s time as interim director didn’t give him an advantage over other candidates.

“Now, do you get exposed to things that you may not have been exposed to as city prosecutor — well, of course,” Sander said, “But six months does not give the breadth and the depth of everything you would face as city attorney.”

Because Kuhse was serving as interim city attorney, and because he hadn’t yet applied for the position, the HR department sought Kuhse’s input on what should be included on the training and experience form, Sander said.

“We looked at what were the best questions to ask so we can evaluate candidates accordingly,” Sander said. “(Kuhse) did make some suggestions as to what we should be looking for, but that would be part of the process for any person who would be a director at the time.”

Sander said that she ultimately feels the hiring process was fair and followed city procedures.

“We always strive to find the best candidates for the positions that we have available at the city,” Sander said. “We have a thorough process and I think we followed the process.”

Speaking in general and not to this specific case, Thalken said the Personnel Board is responsible for investigating complaints of this nature.

It’ll likely be up to the board to determine “whether city rules were complied with, and whether there are wider changes that need to be made,” Thalken said.

The board approved the hiring of outside counsel in February to assist in the investigation.

Stay up-to-date on the latest in local and national government and political topics with our newsletter.

Thu Apr 28 , 2022
Oregon has regained approximately 9 out of each and every 10 positions that were being lost two several years in the past when the COVID-19 pandemic devastated the point out and worldwide financial system.&#13 But those people positions are not coming again evenly all over the state.&#13 Top the rebound […] 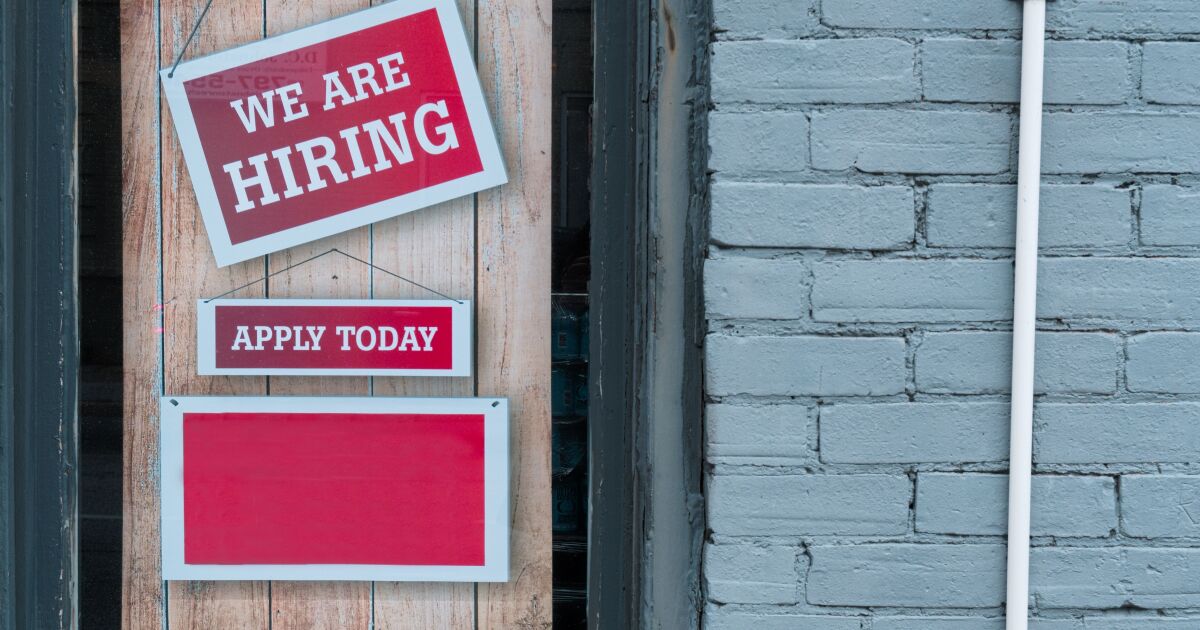