Some Lawyers Need To Change Archaic Language In Legal Papers 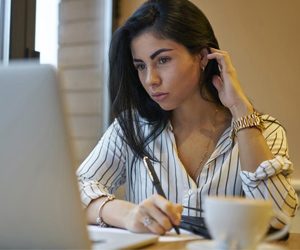 ‘Grandma? Opposing counsel wants me to turn over ‘mimeographs.’ Is that really a thing?’

Lawyers are known for using archaic verbiage (often known as “legalese” in legal papers). Sometimes, this verbiage is used for theatrics, and it is true that some folks may respond to legal notices sooner if there is verbiage in the document that includes a little pomp and circumstance. Other times, lawyers just copy and paste the same words into countless legal documents without thinking twice about what they are including in the papers. However, more lawyers should actually read the archaic verbiage in some of their legal writing and update this language to better suit the modern times in which we all practice law.

Recently, I was reading a document demand that I was served with in a legal matter my firm is handling. The document demands came with a dense list of definitions, that included a long-winded explanation of what words in the document demands meant. In the definition of the word “documents” the demands stated that “documents” includes all manner of correspondence, letters, emails, and the like, but the demand also said that “ documents” also meant telegrams and content stored on ZIP drives, cassette tapes, or floppy disks.

I have not seen a floppy disk in a few decades, and it is doubtful that anyone in legal practice or the business world has used floppy disks for years. It is also a stretch to think that any lawyers or the clients they serve have used cassette tapes for a really long time, although I admit that a firm I worked at six or seven years ago did use cassette tapes to record items for dictation. However, when was the last time that anyone sent or received a telegram? Why would this adversary of mine think that it was necessary to put the example of a telegram as the kind of document that I needed to produce in response to this document demand? Perhaps my adversary should have also included Pony Express dispatches, smoke signal logs, and other communications in the definition!

Clearly, this legal verbiage had been copied and pasted for years, and perhaps even decades, without anyone thinking twice about the definitions that were included with the document demands. However, including the example of telegrams in the definitions section of the document demands made my adversary look sloppy and a little out of touch. More lawyers should review their legal verbiage to make sure that they are not blindly copying and pasting words without thinking about the implications of the content they are writing.

Lawyers also often use antiquated verbiage on notices that they send to other attorneys and courts. Earlier in my career, it was common to see “Dear Sirs” on legal papers, and even though this has seemingly become rarer in recent years, I see this salutation every so often. This greeting is usually improper since it harkens back to a time when the legal profession was an old boys’ club and practitioners were predominately male. Sometimes, people use the greeting “Dear Sirs” when everyone involved in a matter is male, but this might not be appropriate. Files change hands all the time, and it is possible that a female attorney will look at the papers at some point in the life of a case.

Some people write “Dear Sirs/Madams” in notices that they circulate to counsel and courts, but this salutation might not be appropriate either. The term “Madam” has various different meanings that always made the salutation seem kind of funny when it is included in legal notices. Moreover, there are more general and welcoming salutations that get the point across just as easily. For instance, when sending notices to attorneys, the salutation can just read “Dear Counselors” which applies to everyone equally. Of course, people do not pay too much attention to salutations, but they can impact other people involved in a case.

There is other, mostly theatrical language that lawyers include in legal papers, which does not always serve a purpose. It is common in some legal documents to begin the papers with “Now Here Comes” so and so, which seems so rigid and ancient. In bills of sales and similar documents, the words “know all men by these presents” or something similar that might be more gender neutral can often be found. It is unclear what practical impact this statement has on legal documents. Moreover, the words “Please take notice” or something similar can get the point across without forcing the reader to unpack some byzantine language.

In any event, pretty much every lawyer copies and pastes form documents that includes language they have not reviewed for a very long time. However, attorneys should update some of the archaic language in their legal documents. Not only are some words not applicable to the modern world but certain phrases can cause confusion and friction that can be avoided with different word choices.

Jordan Rothman is a partner of The Rothman Law Firm, a full-service New York and New Jersey law firm. He is also the founder of Student Debt Diaries, a website discussing how he paid off his student loans. You can reach Jordan through email at [email protected]